Let me tell you about how my relationship with Facebook has changed over the last few years and the effects that this has had.

A typical day for me a few years ago started like so: I’d wake up, and on days when I didn’t quite feel like getting into the shower immediately, I would grab my phone and just ‘quickly’ check my Facebook. 30+ minutes later and I’d find myself still scrolling down the newsfeed, reading linked articles or watching linked videos. I’d glance at the time and realise I’m almost certainly going to be late — this finally propelled me to hop in the shower, rush my breakfast and dash off to where I needed to be. On days when I didn’t have to be somewhere by a certain time this could take a whole lot longer.

This accidental ritual often threw me out of balance for the rest of the day. Some days I’d get hungry mid-morning and wish I’d eaten a proper breakfast, on others I’d realise I’d forgotten to pack something in my haste to get out the door.

This problem wasn’t confined to mornings. If I got home feeling tired or had a lot of work to do and didn’t know where to start, I would escape the uncomfortable feeling by sitting down, getting my phone out and before I knew it large blocks of time would disappear and I’d have to delay any work I had planned until the following day.

This habit was very self-limiting. I would get things done by and large; I’d pass my exams, complete my assignments and hang out with my friends but I always had the feeling I should be demanding more from life. I wouldn’t achieve goals that I sets myself because I couldn’t rely on the efficient use of my time, I constantly struggled to balance work and play and I started to lose confidence in my ability to do things that I really wanted to do. I began to adopt a self-defeating attitude.

Quitting Facebook never even entered my mind as a solution to my problems. I just needed more motivation. I went through a period of watching motivational videos on YouTube but found the effect was superficial and didn’t last.

I had been using Facebook since I was about 16. Almost everyone that I knew was using it. Not being on Facebook had the stigma of being a weird thing to do and meant you must miss out on things. If everyone was using it, surely it couldn’t be a bad thing?

And yet, with all of my friends on Facebook, there wasn’t much discussion of it costing them time, stopping them from doing things and eating into their confidence. Surely that meant there was something wrong with me rather than with Facebook? I just needed to learn to be more disciplined.

Over time, I started to get more and more frustrated with myself. I realised I was missing out on opportunities through procrastination (which wasn’t limited to Facebook). I would leave my work until the last minute then miss out on something I would have loved in order to complete what I should already have done. This happened too often.

The idea of quitting Facebook started to enter my mind but I never thought it was a serious option. I was worried I’d miss out on events, wouldn’t be “in the know” about what’s happening on Facebook and would be viewed as weird by others. I was worried that someone would post something on my Facebook, an unflattering comment or photo, and everyone would see it without me being aware. I was scared that quitting Facebook would cost me friends in the real world.

However, I also become increasingly aware of some of the negative effects of using Facebook. This was partly through reading articles highlighting them, of which there are an ever-increasing number (1, 2, 3, 4 and many, many more — this isn’t a novel idea by any stretch of the imagination), but more from my own observations; I would neurotically spend time looking at my profile through the eyes of others, constantly asking what others will think of me based on what they see. This reinforced the habit of caring what other people thought about me which prevented me from doing things that I truly wanted to do, as I’ve discussed previously.

One day, I saw someone share something called ‘99 days of freedom’. It is a website that encourages people to try 99 days without Facebook in response to an unethical experiment that Facebook had conducted. (The experiment wasn’t what interested me, rather it was the idea of leaving Facebook for 99 days). The idea remained in the back of my head for many months, but my confidence that it was the right thing to do was still outweighed by my anxiety about doing so. I tried a few times to just reduce my Facebook use gradually but kept coming back to it.

One evening I was sitting in my room feeling pretty unsatisfied. I had a moment of clarity where I said to myself “fuck it, if I don’t do this now maybe I never will” and used this surge of determination to take action. I changed my profile picture and cover photo to the ‘99 days without Facebook’ photo. I changed my password, wrote it down on an envelope with the date 99 days in the future on it and put it away in a drawer I rarely use. Then I logged out… 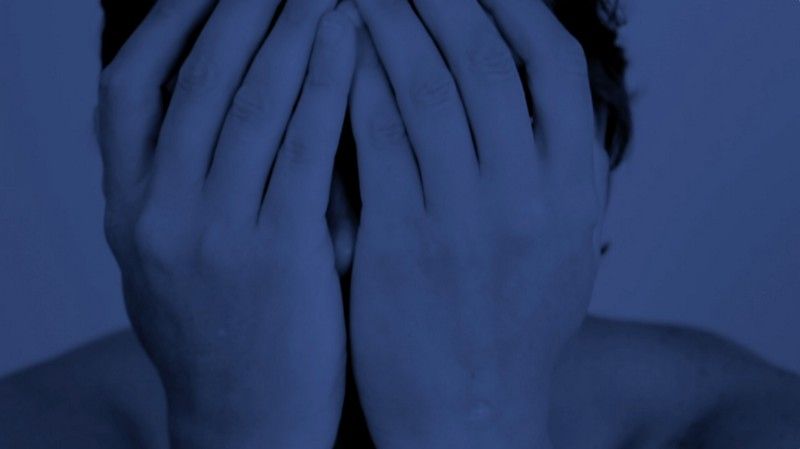 The next few days and weeks were surprisingly tough. I felt a little disconnected from my friends, as if I wasn’t fully in sync with them. I had a mild paranoia that people would organise events through Facebook and forget to tell me about them. This was exacerbated by one of my friends joking that he’d started a secret group on Facebook to discuss social events — I wasn’t quite certain whether he was joking.

After the initial period, things got easier but I still had this worry in the back of my mind that something would pop up on my Facebook that I should be ashamed of. And every now and then, someone would make a reference to something that had ‘happened’ on Facebook, or share a joke that I didn’t understand, and I felt a bit uncomfortable. But things got easier with time though.

I found I had a lot more free time. I started reading books — I read my first book for more than 4 years and have read between 50 and 100 books since then. This has broadened my horizons, improved my linguistic ability and continues to give me ideas that act as substrates for this blog. I acted in a play for the first time, where I met an awesome girl who I dated and had some great times with. I started keeping a journal where I reflected on my thoughts and feelings, from which I’ve drawn a lot of benefit. I’m not saying none of these would have happened if I hadn’t stopped using Facebook but it certainly played an important role.

In general, I found my emotions were less influenced by external things, I gained more confidence in achieving goals that I set for myself and I become a better friend and family member. I feel like I am living my life in high definition compared to before. I have achieved things I never believed I would and am hungry for more.

So in summary I feel I’ve gained a lot from overcoming this hurdle. Quitting Facebook is not a panacea and I’m not saying that I no longer ever procrastinate, but it was certainly worth it. The benefits that I’ve described don’t all specifically stem from quitting Facebook, but it enabled me to start the ball rolling which was the hardest part. While this story is specific to Facebook, the relationship described can be true of any activity that drains time and emotional energy and thus the same principles apply.

I still use Facebook (many of you reading this will have come from there) but I now use it on my own terms to gain the key benefits (sharing posts and ideas, organising events, messaging friends) without the downsides. The way I do this is detailed in another post.

I appreciate that this really shouldn’t have been as big of a deal as it was. Perhaps I’m more susceptible to being unduly influenced by Facebook than others. Regardless, it’s important to assess whether your relationship with Facebook is truly symbiotic. In my case, this involved some difficult experimentation but I’m more than happy with the results it yielded.

https://www.youtube.com/watch?v=3E7hkPZ-HTk — Dr. Cal Newport is a professor in computer science and has written one of the best books I’ve ever read. Here he rationally breaks down social media use.

http://99daysoffreedom.com/ — if you want to start the 99 days of freedom experiment for yourself. (I would highly recommend it, incase you hadn’t guessed already)